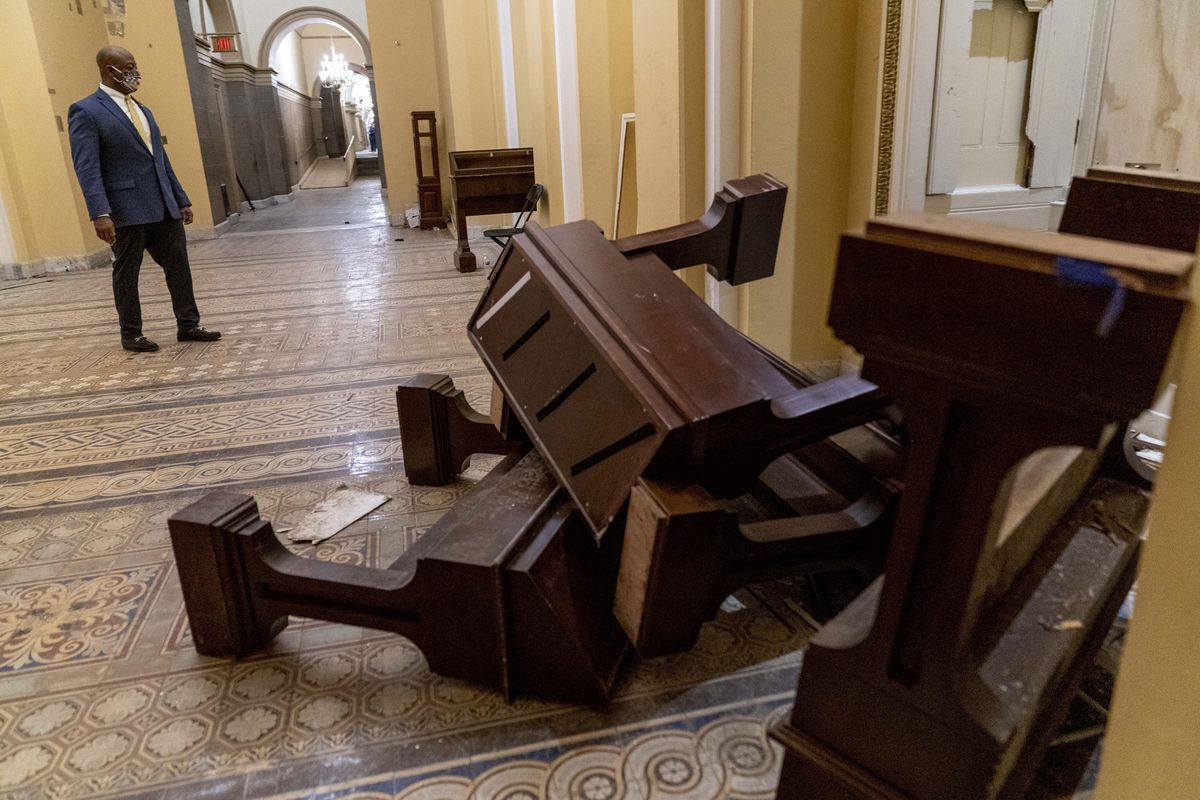 Miserable POS. What we saw yesterday was silly. Seriously. It was just silly. For all of my adult life I've watched the so called conservative movement pound the drums and dance round the fire, war dancing its way towards what we saw yesterday.

The "war on xmas", "the liberal media", "frivolous lawsuits", "they're coming for your guns", "marriage is a sacred institution", "States rights". and on and on goes the list of bullshit that they've spewed working themselves up into a frenzy.

Honestly, its a bit disappointing when you consider how long they'd worked towards it. Alas, that's what we'd been waiting for. That was the climax. You can see it on their faces in a lot of the footage from inside of the capital. That "aw shucks golly gee, NOW WHAT?" look that so many of them clearly had. That's because there was never anything to their stupid arguments. There was no child sex ring operating out of a pizza parlor. There are no lizard people. 5g isn't giving them headaches. There is no deep state on the other side of the door to Nancy Pelosi's office.

And so, after all of this, the GOP and Donald Trump led the country to a mass act of vandalism and thuggery. That's it. It's already over. Poof. Those idiots had all of the power of the Presidency of the United States of America, and THATS what they did with it. Think of all of the good they could have used it for. Think of all of the very real problems and threats that we face. Instead of tackling those, they created boogeymen, and episode after episode of political theater culminating in yesterday's show. It was silly.

Hey Bob, glad to see you posting! It just doesn't matter how long the laundry list is against Trump or the Republican Party. The reality is, Democrats are embracing all newly arriving, both legal and otherwise, so they can BUY THEIR VOTE by REDUCING and DILUTING Senior Services. it started with Obama, and now Biden has selected for his cabinet a person who believes that living past the age of 75 is somewhat pointless.

Tens of thousands of Seniors, who could have been kept in their homes with a full time live in caregiver, were instead offed in Nursing Homes during the COVID-19 crisis. Dems then approved collective immunity against all the Senior Deaths.

Look at the photo. Do you realize Democrats care more about the upended furniture than the tens of thousands of Seniors that died prematurely because of the Democrat Agenda.

Since I'm old and have been imprisoned in my home since March 2020 and I am nowhere near getting a vaccination, I do begin to wonder if anyone in power really cares. Of course, putting down a rebellion must come first, else if the nazis win, I will be a lamp shade in due course.

all the world's a stage and the players are running amok at the behest of cable news and social media.

"Hello I am from gacorteros.com, i was reading ur article and it very useful for me,
Thanks for sharing this useful infomation. you are a talented writer, I'm waiting for your next article :)"